The third batch of Winter Transfers has been released by EA Sports FIFA this week, ahead of the January upgrades. It’s a huge surprise for all the gamers cross the world. EA has released the first transfer update on January 20th, the second released a day later. Here comes the third batch over this week, which will be bigger surprise.

Real world transfers completed so far have been included in FUT 15. This means that you will find Wilfried Bony, Fernando Torres and Shaqiri at Manchester City, Atletico Madrid and Inter respectively. It seems EA are constantly updating the rosters to avoid overloading the servers. EA confirmed the transfers on their website and have made a Google document showing all of the transfers currently made in the game thus far. 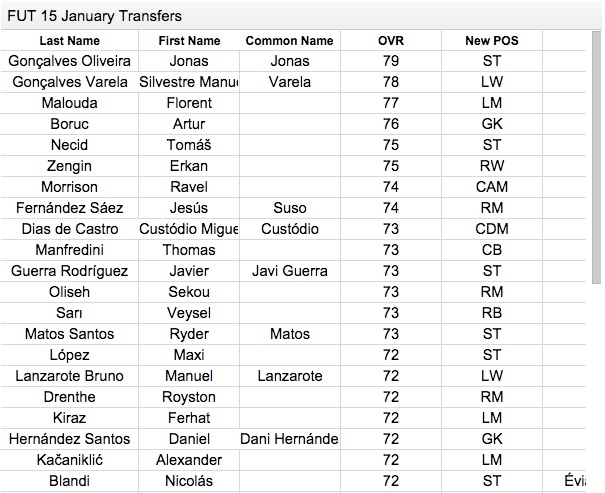 Next batches will be released the coming week. If you want more informations, check back with FIFA for further details please.

A virtual showdown on Friday evening

Chelsea vs. Manchester on Tuesday night.