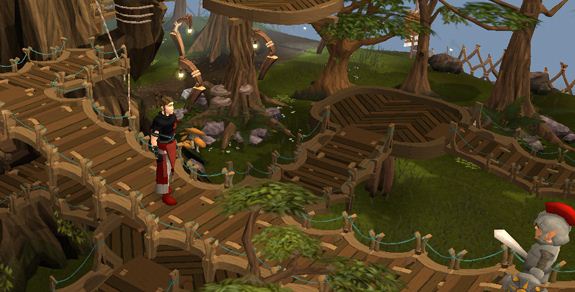 There are many different kinds of monsters in Runescape, and if you want to kill them succeffully, you will need to acquire some skills and follow some guide. And now we can read some information about those monsters.
The hundreds of different creatures which call runescape their home can be classified in such numerous ways that trying to understand them can be nearly impossible. So to make understanding them a little bit easier here is a basic database of the many beasts that may be found in runescape into categories based on their race and generalizations about these races, along with some interesting specifics, such as valuable drops, runescape gold generator about them.
Dwarf: Dwarves are fairly unimposing enemies, though armed, often, to the teeth with quality weapons, and armour. Their drops are not generally, great but the chaos dwarves’ drop of a muddy key is always nice.
Human: Humans range from the weak easily pickpocket-ted men and women found in the cities around runescape to the powerful Damis fought during the desert treasure quest when seeking the shadow diamond.
Elf: Elves are powerful Warriors found in the far west of runescape around the wilderness of Isafadar.
Dragon: Dragons are incredibly powerful creatures which use the ability of fire-breath to incinerate those who do not have a handy dragonfire shield with them.
Demon: Demons are one of the most abundant and various of the runscape races. Gnome: Gnomes are almost unanimously weak and tiny beings. They are generally archers, though a few are mages, and even a few are melee based gnomes.
We will post more monsters in the future, so if you want to know more info about runescape monsters, please check our news update frequently. Thank you!

RS3 basic rules of you should know

A Useful Merchanting Guide of Runescape