FIFA 15 is a very popular game with passion, which loved by many football fans. We all like to buy a great player instead of an average player. What is key between them, it’s pace which judges a player usually. With pace a normal player can become an excellent one. La Liga Pace XI was created to provide guidance for all the players, who wants to be a great footballer.

A collection of the quickest players currently based in La Liga and we’re very impressed with the results, this is one seriously quick side and is a joy to play with. The only criteria we have is that they have to be playing regularly for their side and be a gold level player. We’ve also tried to get player in their natural positions wherever possible which has led to the exclusion of a couple of players. Without further ado let’s get onto the the FIFA 15 La Liga Pace XI. 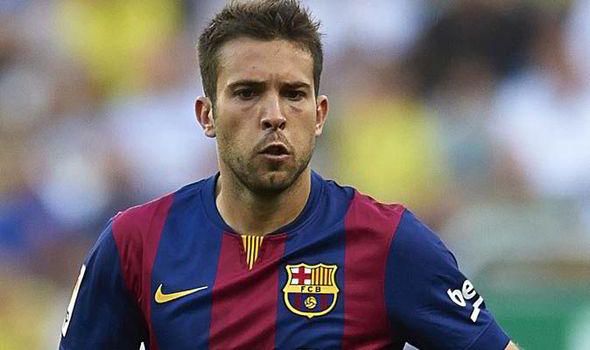 Valencia’s penalty saving expert is in the team ahead of the likes of Keylor Navas or Claudio Bravo with an impressive speed stat of 55. Outside of the established top three Alves is probably the best keeper there is with excellent reflexes and good ability in the area. If you want a goalkeeper capable of playing in a system with a high line where he can sweep up any long balls over the top then Alves is your man.

Athletic have lost a lot of talent in the past couple of windows but luckily players like De Marcos remain and although he’s one of the most attacking full-backs around he’s still a full-back. With pace of 90 he’s the second quickest player in your back four and this will be crucial in helping combat wide players. The best thing about De Marcos is that you can use him elsewhere if you have injuries and as everyone knows versatility is a crucial asset on FIFA.

Put simply Ramos is the best defender in the game on FIFA with a brilliant combination of tackling, passing and pace. The latter of those stats stands at 79 for Ramos and it goes to show why he is a must have for every Ultimate Team player. It’s incredible to think that he’s still just 28 years old given that he’s been around for ever and has once every trophy available to him.

If Ramos is the experience in the team than Varane is the exciting potential and the reason why Pepe struggles to get a look in for FIFA players. The young French defender is highly coveted by Chelsea and their manager Jose Mourinho and it will be interesting to see where the baulk of his career has spent. It’s hard to argue with a pace stat of 76 for a central defender so we won’t and we’ll just admire this touch over and over again. 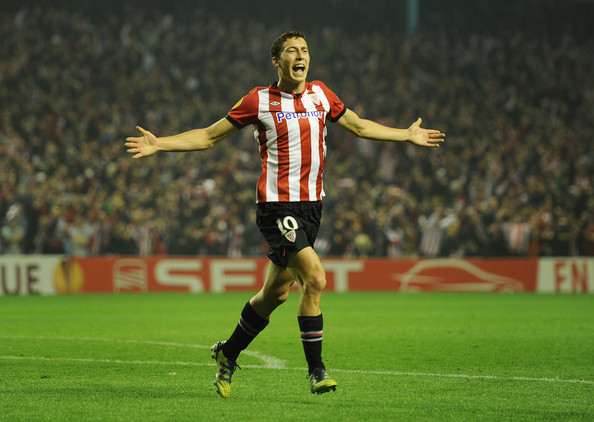 It’s hard to think of a more adventurous full-back than Jordi Alba given the way the Spaniard presses forward and looks to act as a second wide man. In Alba’s defend when you have a player like Neymar ahead of you who is constantly cutting inside then a full-back is always going to want to try and exploit that space and with pace of 92 it’s pretty easy for him to do that.

Perez’s move to Valencia was confirmed at the start of January although he has been in the offing for some time and it is just another high class addition that makes the club look like real challengers for the European places once more. Perez has a pace stat of 80 which is brilliant for a central midfielder and with a great all round set of attributes Perez has a role in any side.

Incredibly, given their propensity to attack with pace there are no Atletico Madrid players in this line-up but there are plenty of Real Madrid players and Modric earns his place in the side as one of the best central midfielders in Europe right now. His pace is slightly lower than Perez at 76 but he is the player who will control your midfield and orchestrate your play.

For most people Colombian attacking midfielder James Rodriguez is an absolute delight to play with due to the fact that he has pace, dribbling ability and long shots. His pace is 80 and acting as the creative hub in the team he will be a key player to link the defend to the attack. Like many players in this team Rodriguez benefits from being able to play in a number of different positions and of course he’s capable of moments like this.

Perhaps unsurprisingly Bale didn’t move from Madrid to Manchester United during the January transfer window and that means that he remains an option for the La Liga pace team. In fact he is the leading light in the La Liga pace team with a pace stat of 94 making him a real threat coming in from the right hand side. 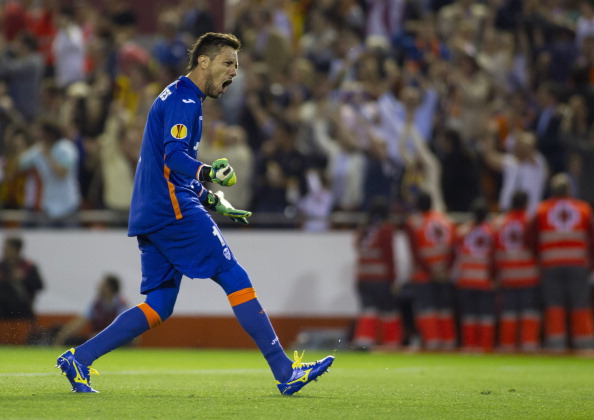 The sixth and final member of the Real Madrid contingent in this team is the current World Player of the Year Cristiano Ronaldo who is the perfect left forward with his pace and ability to cut in and shoot. Ronaldo can’t quite match Bale for speed but with pace of 93 he’s hardly slow. He’s capable of scoring from more or less anywhere and you should utilise that ability in your squad.

Despite losing out to Ronaldo in the individual awards for the past two years Messi remains the best player on FIFA with an overall rating of 94 and that makes the little magician the perfect option to lead your line. With 93 pace he matches Ronaldo and his 96 dribbling and 89 shooting makes him one of the most lethal strikers around.