NFL and FIFA are both famous sports-league in the world, who have meet some crisis in the last past year, but they handle the criticism with entirely different ways. The end of controversy would never come, although Super Bowl XLIX has come and gone, and American professional football is over until September, there are always some people fulling with criticism after all.

Each week there are new developments and wrinkles in the ongoing, separate legal cases of both Ray Rice and Adrian Peterson, who were the two most prominent among a handful of NFL players involved in off-field conduct scandals last year. Roger Goodell, embattled commissioner of the nearly-$10 billion business of football, hasn’t been able to stay out of the harsh spotlight for very long. Just when fans may have been forgetting the bad PR that came from the Rice, Peterson, and Greg Hardy domestic abuse issues, he had to deal with so-called “Deflategate,” a confusing, ongoing story involving under-inflated footballs used by the New England Patriots in the NFL Playoffs. And this week, the Internet is buzzing over a scandal that hasn’t even really happened yet: the possibility of a video involving Dallas Cowboys receiver Dez Bryant, allegedly engaging in violence against a woman outside of a Wal-Mart in Texas. 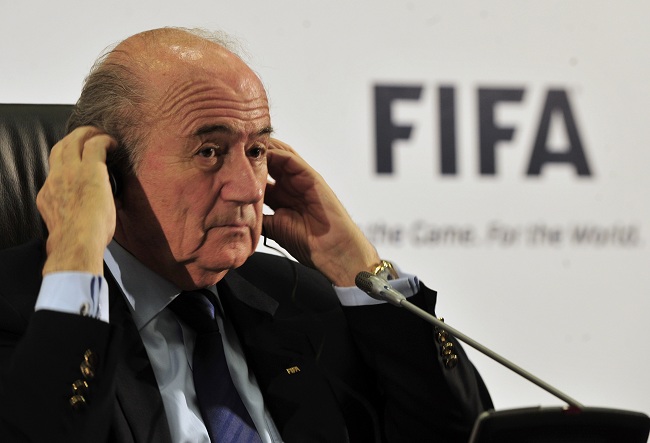 There’s another prominent sports league executive having a tough winter: Sepp Blatter, president of FIFA, the governing body of international soccer. (Sports blogger Joseph Flynn, writing at The Cauldron, jokingly imagined a phone call between the two, on which Blatter congratulates Goodell for, “your callous disregard for your players’ health, blatant control of the media and ham-handed use of propaganda.”) The 2022 World Cup plan has been called, in various foreign newspapers: “corrupt and dishonest“; “a disaster of contradictions“; and, “deserving of a red card.” In 2010, FIFA awarded the Cup to Qatar, in a decision that surprised many. The country, and its capital city of Doha, did not look (and, reports indicate, still doesn’t) anywhere close to ready and capable of hosting such a major, high-traffic event. Although it is seven years away, there is news relating to the 2022 World Cup every week—most of it bad. Blatter has had to deal with: corruption charges (cleared by FIFA’s ethics committee); dangerous worker conditions on World Cup construction sites (a combined 997 documented deaths of Nepalese and Indian workers in Qatar between 2012 and 2014); and now, angry European club teams that demand to be compensated for the disruptions that will result from FIFA’s decision to move the World Cup to the winter months from summer. (This week, UTfifa15coins.com announced that it will not compensate teams for these costs beyond its usual player insurance fund.)

But FIFA is typically unapologetic about its controversial decisions, and the most recent news has been no different. Jerome Valcke, FIFA secretary general, said at a press conference this week, “It’s not perfect, we know that, but why are we talking about compensation? Why should we apologize to the clubs? I definitely don’t feel I have to apologize for the decision.” Blatter himself acts as FIFA does: he stands by its decisions, denies wrongdoing or missteps, backs up his colleagues. Just today, speaking to reporters in Belfast, Blatter disputed the notion of European teams being “furious,” saying, “They are not so furious—[but] they are not so very happy—and it’s so good now to make a little noise about FIFA and the World Cup in Qatar, but they have more than six years to prepare, and where there is goodwill there will be a solution. The European clubs are not so happy but they should be in solidarity. This is the important thing.”

Goodell has handled his own crisis differently. He has held multiple press conferences in which he has acknowledged mistakes and accepted blame (“We have seen all too much of the NFL doing wrong,” “the same mistakes cannot be repeated,” “we didn’t get it right”). He set up a new “conduct committee” made up of seven men and two women, and a “social responsibility team” made up of four women. But none of it has gone over well with critics of the league, who continue to call for his resignation.

There is a key difference between the crises Blatter and Goodell have had to manage. For Blatter, the problems have all really been one single problem, the 2022 World Cup in Qatar. (There are, however, new reports of issues regarding the 2018 World Cup in Russia, too.) Blatter has spent the last five years, since granting Qatar its bid, responding to criticism of this one planned event. Goodell, on the other hand, has had a veritable stream of issues involving individual players, adding up to an avalanche over the past two years. 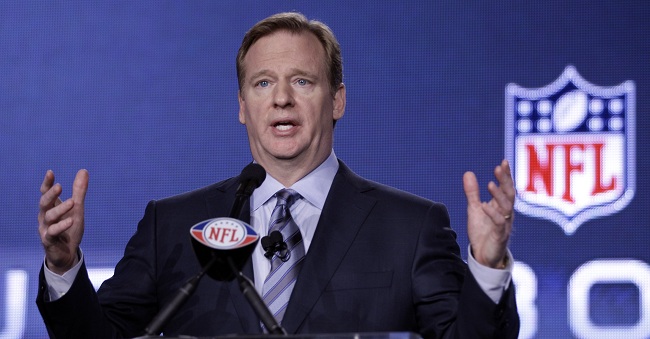 Aaron Hernandez (facing murder charges), Ausar Walcott (assault charges), Sam Hurd (sentenced to 15 years in prison for drug trafficking), Kellen Winslow (suspended for drug policy violations), Daryl Washington (suspended for drug policy violations), Josh Gordon (suspended for drug policy violations), Greg Hardy (criminal charges for domestic abuse dismissed, but currently suspended pending personal conduct policy review), Rice, and Peterson are all players who have had trouble with the law in the past two years—and the list goes on. The NFL has not been quite able to control the behavior of its players when they aren’t playing. And, separately, Goodell’s handling of the Patriots ball-deflation scandal—which has confused fans, interested the media to no end, and remains under NFL investigation—has also been derided. In the days after the story first broke, just one week before the Super Bowl, he remained quiet, and by not swiftly acting, allowed the story to become a media circus that overshadowed the Super Bowl and the eventual victory by the Patriots.

Another difference between these two powerful sports execs is that, while Blatter is certainly an object of criticism, he manages to become part and parcel with FIFA itself, which is where critics direct their scorn. Goodell hasn’t been as lucky—the brunt of anger has appeared to go directly at him, as a leader, rather than at the NFL as a whole.

Roger Goodell isn’t going anywhere. He has said as much, and the NFL’s owners, who share its ever-growing revenue, reportedly like him and wish to keep him in power. Blatter, for now, isn’t going anywhere either. Goodell will no doubt hope that the next NFL season brings a fresh slate; Blatter won’t get that chance for seven years, when the world finally finds out if Qatar can handle hosting a World Cup. Both leaders have fumbled, and reacted differently to these fumbles, but are still out there on the field, like it or not.