The new FIFA ranking was released yesterday, some changes have already happened. Although Nigeria was absent from Africa Cup of NatSion, they still moves one place up from 43rd to 42nd.

African and Asian countries on the whole, fared better, but the top 10 remain constant.

The Eagles are now the seventh-ranked African side behind Algeria, Cote d’Ivoire, Ghana, Tunisia, Cape Verde Island and Senegal.

The AFC Asian Cup and CAF Africa Cup of Nations have accounted for movement aplenty on February’s FIFA/Coca-Cola World Ranking, despite the top ten remaining unchanged.

Côte d’Ivoire (20th, up 8) edged Ghana (25th, up 12) on penalties in the latter’s final, while its losing semi-finalists, Congo DR (46th, up 11) and hosts Equatorial Guinea (49th, up 69), have made huge climbs to reach the top 50 for the first time since the introduction of the global ladder. Congo (49th, up 12) have also profited from their performances in the tournament to ascend 12 spots. 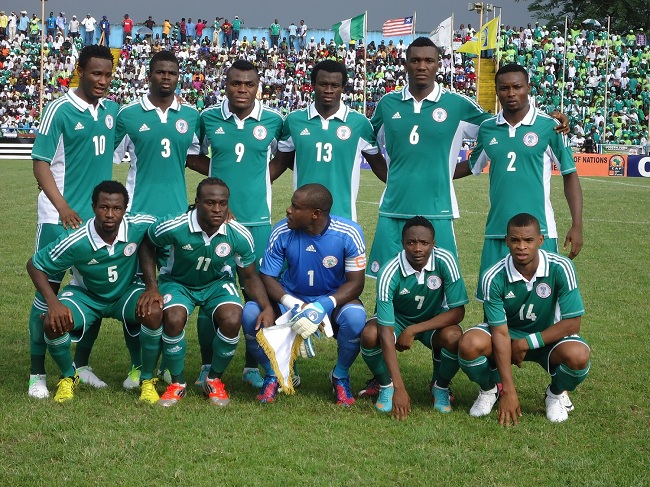 World champions Germany remain top of the pile after while Argentina sit in second position with 1534 points.

Colombia, Belgium and the Netherlands are third, fourth and fifth respectively while Brazil remain sixth on the Fifa Ranking.

In Africa, Algeria remain the highest ranked African team having placed 18th in the world as newly crowned African kings, Cote d’Ivoire are second on the continent after they moved eight places up while Ghana climbed 12 steps up to the 25th position and 3rd in Africa.

Equatorial Guinea who finished fourth at the 2015 African football showpiece are the highest movers after climbing 69 places up the ladder to the 49th position in the world.

The slowest XI vs the worst positioning XI on FIFA 15